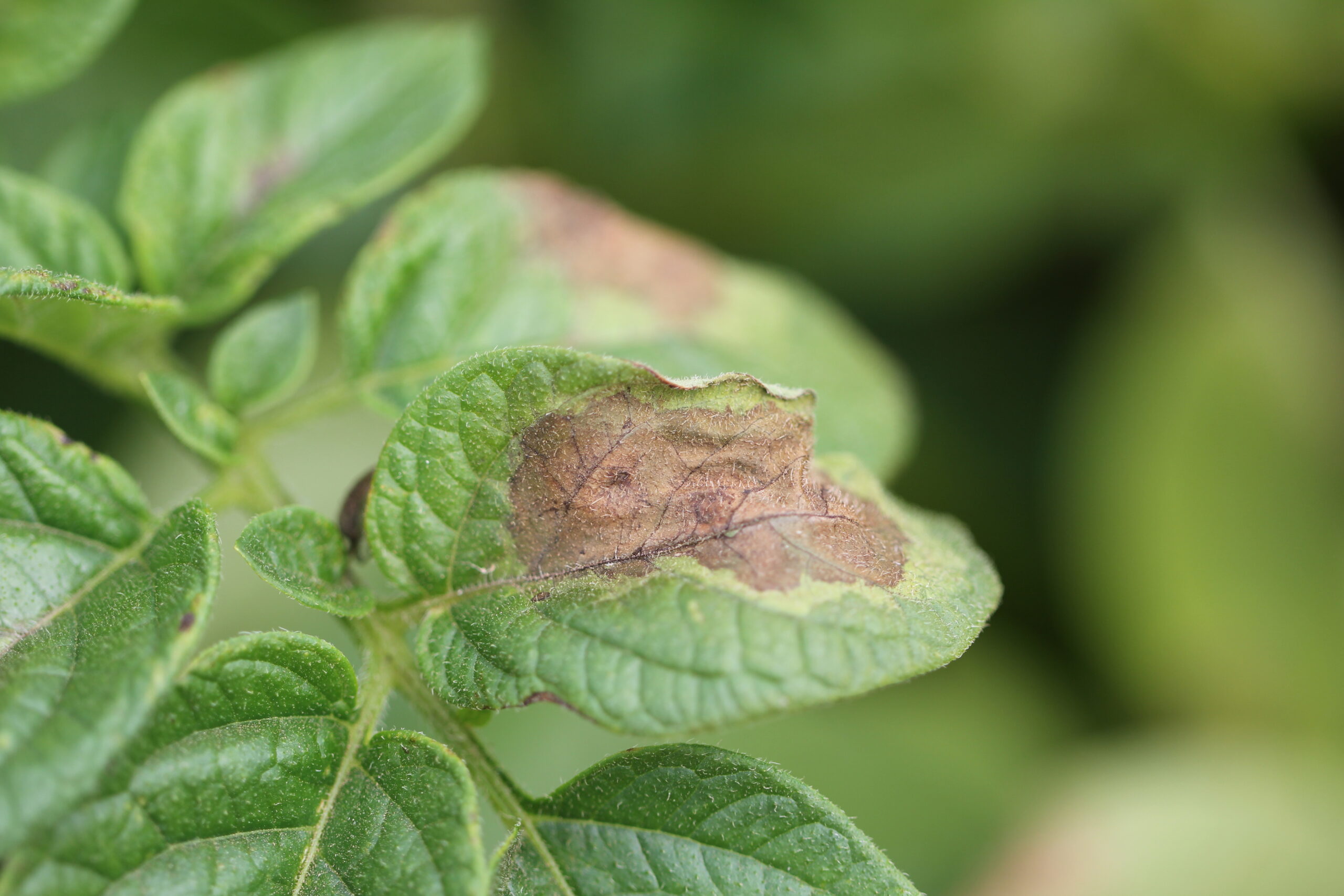 The first case of the 41_A2 late blight genotype that emerged in Denmark in 2013 was detected in a crop of Maris Piper grown in Fife last August. The news was described as evidence of the value that genotype testing until now funded by AHDB Potatoes provides to growers.

Speaking at the Scottish Agronomy potato conference held online on 2 February, Dr David Cooke, research lead in Cell and Molecular Sciences at the James Hutton Institute and co-ordinator for the EuroBlight potato late blight monitoring project, explained that the genotype was detected during routine sample analysis.

There is no indication of its source, but human activity would be the likely cause given that regulations in Scotland mean only home-grown seed can be planted. 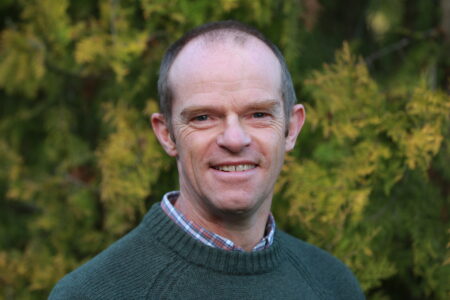 “The alternative windborne route would involve about a 700-kilometre journey from mainland Europe against the prevailing airflow,” Dr Cooke said.

Eric Anderson, Scottish Agronomy senior agronomist, agreed that the distance to known source of infection in Scandinavia or the Netherlands meant airborne spread was highly unlikely. “Its almost certainly human interaction of some kind but we should not discount the possibility that it spread from a tomato plant to a potato crop,” Mr Anderson said.

The 2021 season was another atypical year for late blight (Phytophthora infestans) with the cold spring delaying the first cases of disease. As a result outbreaks in Scotland were later than average and in south-east England, they appeared to be highly localised.

“The first positive sample for Scotland was not until 15 July and was found in Angus while in England it was found in Kent on 26 May. In total, 210 outbreaks were reported, this is up significantly on the 94 confirmed in 2020,” Dr Cooke said.

During the 2021 season the James Hutton Institute received 1700 samples for testing with 1170 successfully genotyped. Of the very broad 86 varieties involved, the three mostly commonly sampled were Maris Piper, King Edward and Melody.

“The level of activity was up considerably on the previous year, and we are grateful to the 67 blight scouts who diligently and studiously submitted samples from across England, Scotland and Wales. Over the years this project has run, Blight Scouts have been central to furthering our knowledge and understanding of late blight dynamics in the UK and further afield,” Dr Cooke said.

The emergence of 41_A2, which had spread to six other European countries by 2020, is likely to prompt many questions from growers, believes Mr Anderson.

The finding in Fife is unlikely to be the only incursion to Great Britain. Analyses by a consortium of EU researchers, suggests that it has a high level of aggressiveness towards susceptible potato cultivars and from Estonia we know that 41_A2 exhibited some insensitivity to fluazinam. Isolates from the Danish population in one season had a significantly shorter latent period, suggesting geographic adaptation.

“The genotype mapping performed by Dr Cooke and colleagues at the James Hutton Institute has been fundamental to our understanding of how the late blight threat has evolved. Without it we would not have learned about shifting sensitivities to fluazinam or metalaxyl fungicides or how new genotypes have developed other fitness advantages such as the ability to sporulate outside the previously accepted temperature range,” Mr Anderson said.

“There have been several progressions in recent years. 36_A2, which first appeared in 2017, is now the dominant strain accounting for 40% of samples genotyped. Interestingly, it has a low incidence in Scotland, typically 7% of samples, with 6_A1 (‘Pink 6’) continuing to dominate at 30% of the population. 8_A1, which is rarely seen elsewhere in Great Britain, has become more prevalent over the past three seasons and now accounts for 15% of samples.

“Since the fluazinam-insensitive strain, 37_A2 arrived in Scotland’s potato crops two years later than in England, the industry had advanced warning of new advice on fluazinam use and this kept the genotype in check and prevented the crop damage and tuber blight problems seen south of the border,” Dr Cooke added.

The continued evolution of the late blight population has emphasised the need to review late blight management in commercial crops to ensure they are sufficiently protected, suggested Mr Anderson. In north-east Scotland, there is a significant amount of non-clonal blight isolates characterised as ‘other’ genotypes.

“This is tantalizing evidence for oospore activity, but these have not been visualised directly in the field.  Sexual recombination has generated substantial variations with 41% of samples originating from north of the highland boundary fault being novel multi-locus genotypes (MLGs). The big question is, what drives regional differences and how does it affect management decisions?,” Mr Anderson said.

The majority of samples analysed (c. 85) were from varieties with a blight resistance rating of 4 which combined with the localised dominance of strains serves to re-enforce the need for growers to follow a robust anti-resistance management policy, he suggested.

“It is in every grower’s interest to ensure that FRAC resistance management policies are practiced. It is essential we safeguard the efficacy of the fungicides we have if we are to maintain the productive and profitable potato sector in Scotland,” he said.

“It is also vital that this work continues to be funded, but by whom is a question of debate,” he added.

Post-AHDB the developments that keep potato growers at the forefront of technology will rapidly be lost.  This is an opportunity for an independent potato grower-led membership association to fund continuity of applied research via a voluntary membership based on potato area and to build on the close links to existing knowledge-based organisations in Scotland, perhaps through Scottish Agronomy and SRUC.

Mr Anderson encouraged growers to take a positive role in the ownership of information and to determine their own destiny. “A grower-led organisation needs growers,” he said.