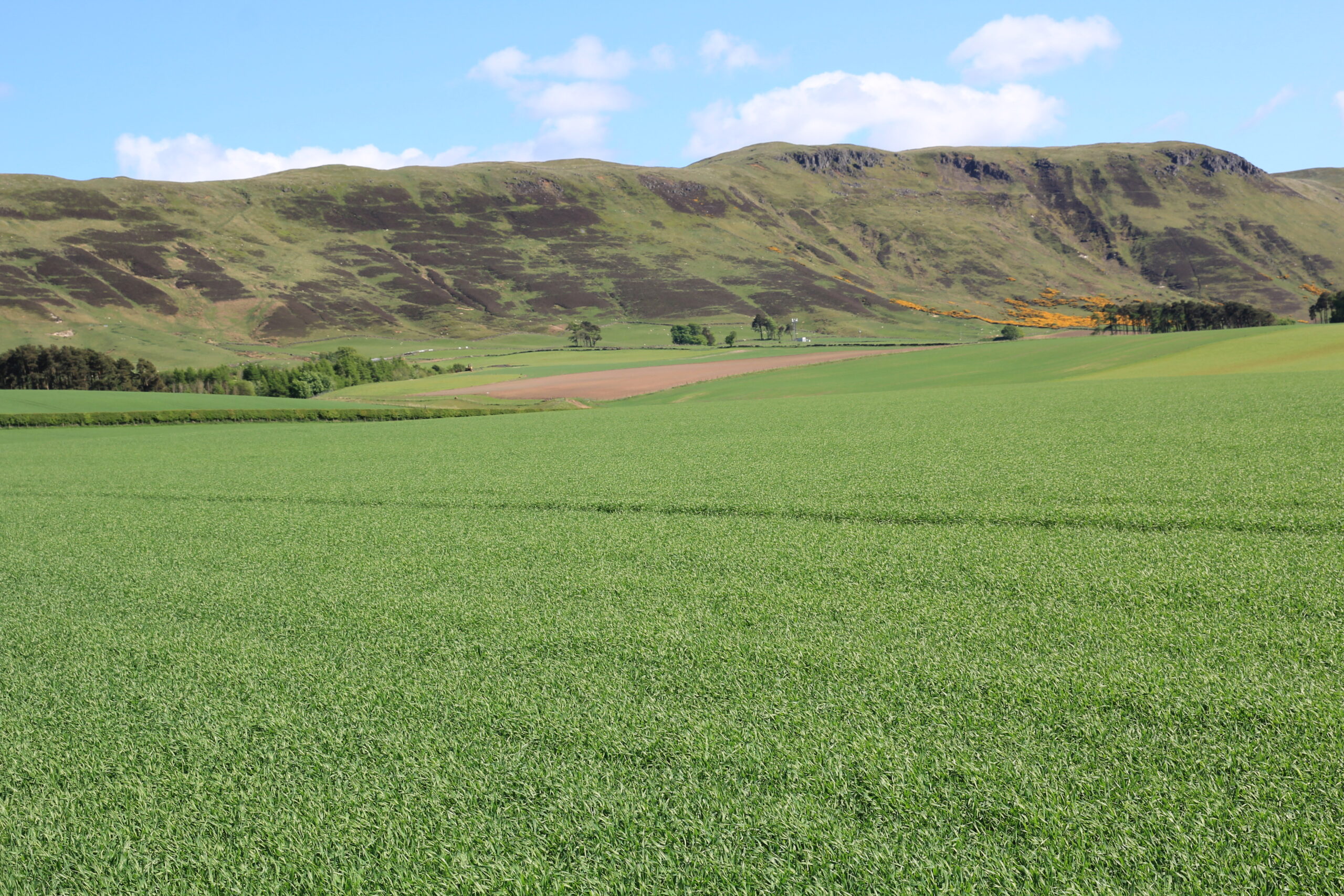 Growing malting barley can be one of the most straightforward crops to manage. Sow it in the ‘goldilocks zone’ – not too early, not too late; apply your nitrogen early; cheap weedkiller; cheap fungicide – sit back and wait for harvest. What could go wrong?! Turns out, quite a bit. The weather for one can screw things up big time. Rain during flowering can lead to fusarium in the ear and rejection of crop. Rain in the run in to harvest can lead to increased skinning, potentially leading to rejection. Delays at harvest can lead to issues with germination leading to… you guessed it! A wet run-in can also increase the threat from the dreaded Ramularia. More on that later.

Apart from the weather there are certainly a list of tick-boxes, which if all carried out, can significantly boost the chances of producing a good malting crop. Firstly choose the right variety. The Scottish market is predominantly malt distilling, the English market is mainly brewing. For malt distilling there are only 3 approved varieties – Laureate, Diablo and Sassy. For brewing also 3 varieties: Planet, Laureate, Diablo. Not a big choice. All are high yielding and high quality. First box ticked.

Seedrates will potentially differ throughout the UK and our experience lies in Scotland, so I can say that aiming to sow at somewhere between 350 and 450 seeds /m2 will put you in the right place in Scotland. The wiggle room is to accommodate early sowing / late sowing / cracking seedbeds / poor seedbeds. Just a bit of common sense required. Optimum timing in Scotland is somewhere between early March and mid-April, depending on geographical location. Easter Ross, Angus Coast, East Fife and East Lothian tend to more forgiving of early sowing.

Seedbed preparation for the majority of Scottish barley crops is some form of inversion tillage. Min-till or direct drilling can work, but you are more reliant on the weather Gods being kind in the post-establishment period. Spring barley roots are not tolerant of sitting in wet soils for any length of time.

Nitrogen has to be applied early – no later than 3 leaf stage for malt distilling, ideally earlier. If all is applied on the seedbed there is a greater risk of leaching. If it’s all on late then the chances of hitting the required grain spec. diminish. A good compromise is 70% applied pre-crop emergence, 30% applied early crop emergence. Nitrogen amounts to achieve malt distilling spec (below 1.65% grain N) is normally in the range 110 – 130 kg/ha N. The modern varieties tend to handle more nitrogen as they are higher yielding and this has the effect of diluting grain nitrogen.

After that it’s easy! Weed control is usually mainly controlling meadowgrass and broad-leaved weeds – not blackgrass. The majority of the main hit on weeds happens at pre-emergence to early post-emergence, with a top up if required at T1. Further sprays at T1 would be a cheap fungicide (although we have now lost our cheapest best friend CTL!) and probably some manganese treatment (Scottish soils are prone to Mn deficiency). Some PGR may also be appropriate in a fertile scenario. The biggest challenge in disease control comes later. Ramularia has become a bigger issue since the demise of CTL, which was a very effective barrier to the disease when applied at awn-emergence. There is nothing as effective, although the new azole from BASF, Revysol, has useful activity. Unfortunately this has significantly increased the fungicide spend, and there is no sign of genetic resistance anytime soon. Beyond awn-emergence it’s a case of sitting back and waiting for harvest – although glyphosate is used commonly as a harvest aid.

Malting premiums will wax and wane, but at least Laureate and Diablo have taken yields to a different level, almost challenging winter barley.