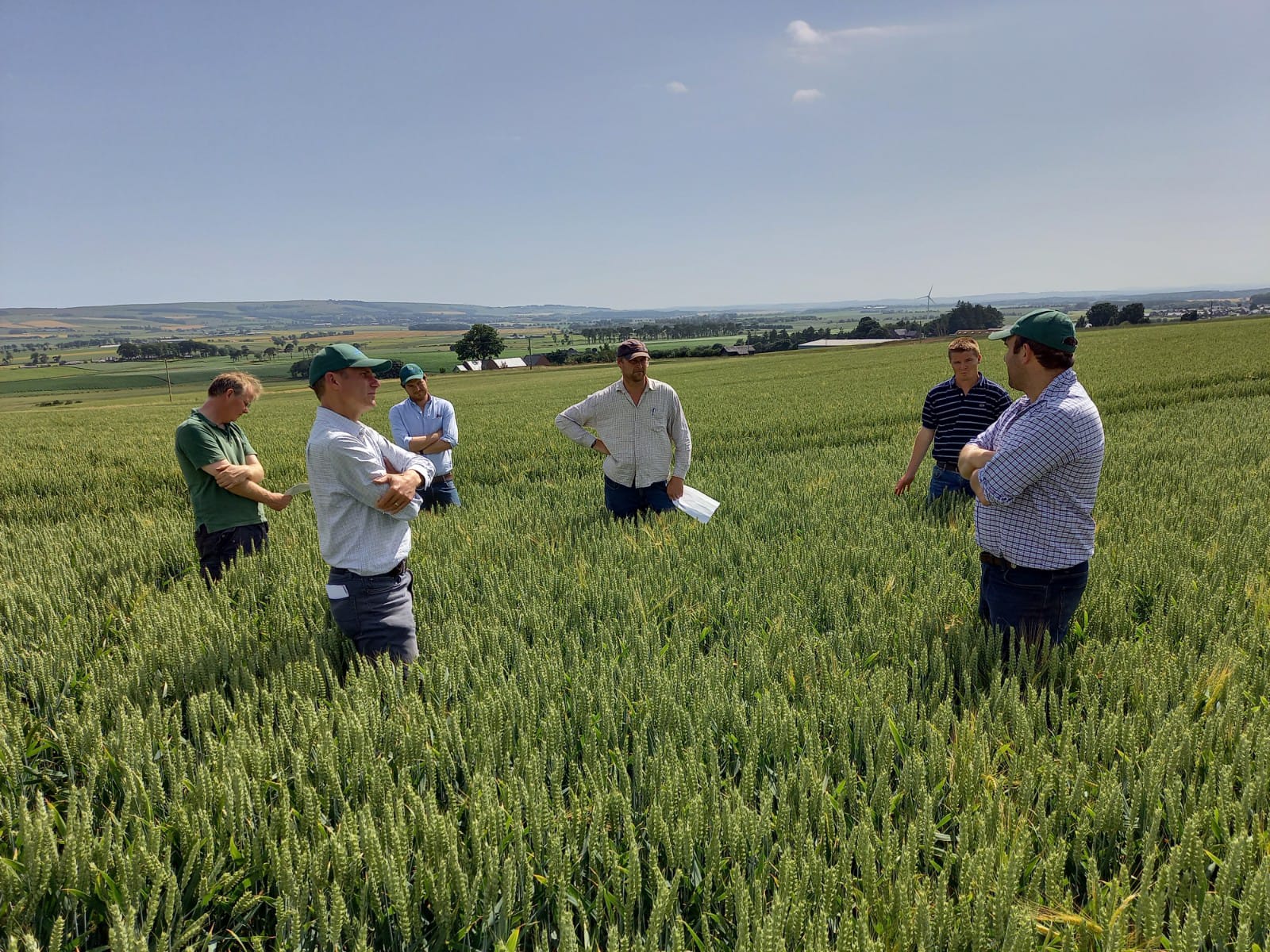 Scottish Agronomy’s Innovation Group was initiated to give members a chance to share the findings from experimentation on members’ own farms, and to push ideas and innovation from the discussion that comes from them. As a cooperative, this sharing of information benefits all members and allows us to pull together as an industry to find solutions and constantly progress. All members are invited to be involved, sharing experiences of trying different techniques or being part of the discussion.

Taking trials to field scale on our members’ farms is often the greatest litmus test for innovation. This month the Innovation Committee enjoyed being at Upper Coullie near Laurencekirk, managed by Iain Wilson as part of Tulloch Farms, 2000 acres of mixed arable and livestock. Iain has been experimenting with grazing wheat, split field August-sown wheat and strip till broccoli.

The first piece of experimental husbandry viewed was wheat that was grazed with sheep through the winter. The crop did not appear to have suffered from this treatment, and the income from the grazing was a useful bonus. However, there were marked differences in the number of grazing days that different varieties were able to provide linked to the expected rate of early development.

In the split field August-sown wheat comparison, all varieties – each with different suitability to early sowing – appeared to have handled the conditions well and looked full of promise. Whilst traditionally at Scottish Agronomy we have only chosen certain varieties for this sowing slot, based on disease risk and rate of crop development, the group concluded that in this locality and season this was less of a concern.

All things considered Iain has been justified in sowing wheat as early as he is practically able. The upside of increased working days and good soil conditions appear to have outweighed the risks posed by disease and sterility in this case.

Lastly, a broccoli crop that was established using strip till instead of a traditional ploughed system did not seem to have suffered from the experience. Obvious benefits from the system – other than a lower cost of establishment – appeared to be a reduced weed burden on the crop and the reduction in potential soil damage at harvest time. This should have positive knock-on benefits for the following crops in the rotation. Effects on output are yet to be assessed.

The findings stimulated debate about how these techniques could be further enhanced or complemented, and more field-scale experimentation is in the pipeline. The more on-farm validations and discussion we progress, the more members will gain from another source of intelligence on which to make sound decisions for the direction of their business, in addition to the extraordinary value of Scottish Agronomy’s trial plots and the agronomists’ interpretation of the same. We will be organising meetings in the Autumn for members to join the discussion and challenge ideas and creative thinking on farm.