Trial-ing Times: The year that was, from Trials Manager Adam Christie

Trial-ing Times: The year that was, from Trials Manager Adam Christie 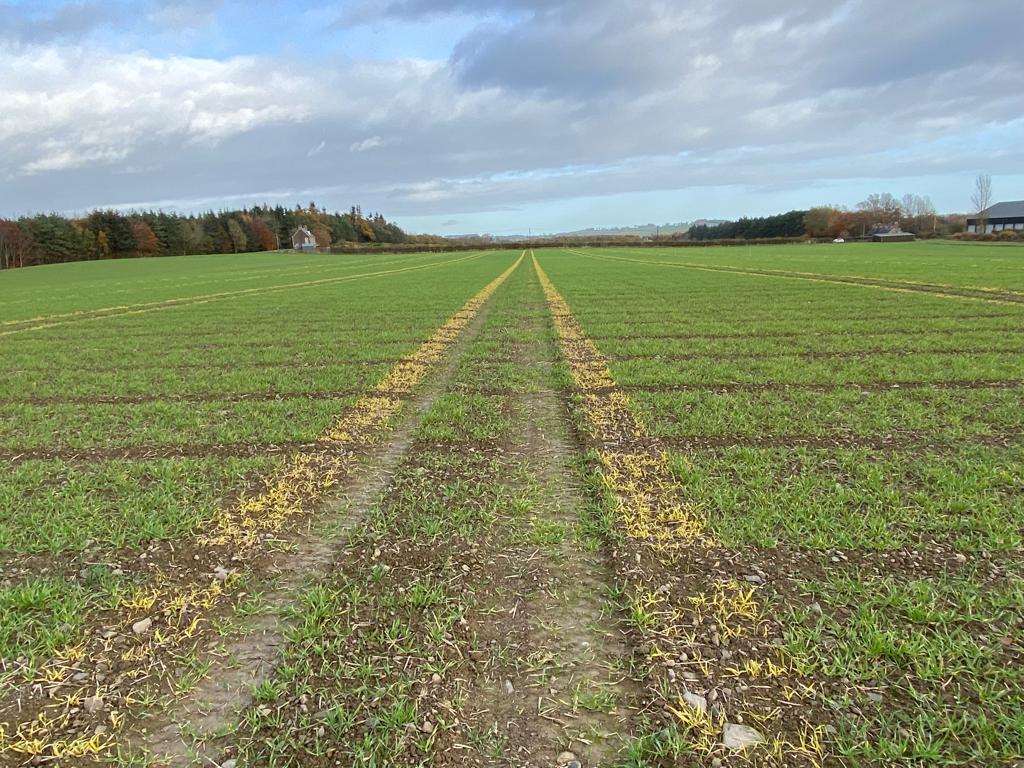 I have long dreamt of a harvest as good as that of 2021. To be able to cut uninterrupted when we needed to, rather than when the fickle weather permits is a new experience in my book. You only needed to look at conditions south of the border to be reminded of what a Scottish harvest looks like. At times though, it was hard to be too sympathetic when told yet again that it was too wet to cut winter wheat in the South at 18% moisture!

After 30-plus years of trials harvests with Scottish Agronomy, I can say without fear of contradiction that this year’s was the least stressful that I have experienced. However, Mother Nature is capricious at the best of times and the good harvest was probably paid for by the long, dry, cold spring. The trials team were casting more than an envious glance towards machinery with cabs in March and April. The rain largely fell when it is supposed to during the winter, though May and July were wet for some and led to disease pressure in many crops. Certainly, spraying days seemed to be in short supply at some critical points of the season.

This may well have added to the disease pressure that was in places on a par with 2019 (and bore no resemblance whatsoever to the relatively low pressure of 2020). While we may not have suffered to the extent of some in England as the virulent Cougar races of Septoria became dominant in some areas, Septoria control was a challenge. The fact that this was our first year of high Septoria in the post-Chlorothalonil world placed the challenge into stark relief. Add in the temptation to reduce inputs during the dry, cold early season and we found ourselves putting much pressure on the T2 and T3 applications.

The good news is that the new chemistry from BASF & Corteva generally performed well, with additional actives hopefully arriving from Syngenta and Bayer in the near future, though timing for this will be dependent of the vagaries of the registration process rather than on-farm needs. Unfortunately, it has also meant a step change in the costs of a robust disease control programme. While we continue the search in our own trials for the most cost-effective options, the days of the non-systemic approach that served us so well now seems to belong firmly in the past. Fungicide solutions in the future will increasingly depend on combinations of the new products as they become available combined with the best of the existing armoury.

On a more optimistic note, the Ramularia levels that were experienced in the spring barley trials have allowed us to quantify the contribution of the currently available fungicides. The rapid senescence due to the hot summer meant that the disease differences observed were not necessarily translated into yield differences. However, we can take confidence from the fact that Prothioconazole & Folpet both measurably improved over the untreated, while the current standard of Revystar + Folpet looked very good. The performance of new chemistry from Syngenta was particularly impressive. While this all seems to be a very expensive way to get back to where we were when Chlorothalonil was still available, it is still better than the alternative which was to add Ramularia to the growing list of challenges with which the available chemistry simply cannot cope in a high disease year.

Disease control programmes are only going to become more expensive, and this will have to be borne in mind when selecting varieties (and when they are drilled). Thankfully the trials provide a sound base of information with which to make the increasingly crucial choices between varieties. At last, in winter wheat a raft of suitable varieties appear to offer a range of options.

Winter Barleys continue to offer a wealth of riches and new spring barley’s show promise though market acceptance will likely determine their fate. To see how far spring barley varieties have come, you only need look at the poor performance of some older material that were once industry standards, that was included on a limited number of sites. Oats have often been a crop that suffered from under-investment, but that is definitely no longer the case. However, the new varieties have yet to prove their performance against existing standards. The output from winter sown spring oats continues to impress. Winter Oilseed Rape continues to pose challenges, not least of which are Clubroot and Light Leaf Spot. Again, new varieties are showing promise in the trials, but it is worth noting that as the national crop shrinks, so does the investment in bringing forth new lines.

The trials programme has benefitted the addition of a new AHDB funded early sown winter wheat variety trial. While the tricky weather last September ensured that this was not drilled as early as hoped, it is still remarkable the difference in performance against the neighbouring wheat RLT. AHDB have also funded variety work in Scotland for the first time on Rye and Triticale. This, along with the existing raft of RL trials on wheat, barley, oats and oilseed rape highlights the contribution that AHDB makes to the development of varieties for Scotland. While the system is not without its issues it is the best we have. Many have looked for a better system, none have so far succeeded. It is also worth noting that Scotland does particularly well in the geographic allocation of trials. It is also worth English growers reflecting on how varieties perform in the North given the harvest that they have just experienced.

Last year at this point I stated a hope that by now the pandemic would be a distant memory. While that is not the case we have all found different ways of coping with the ongoing challenges. The same also applies to the reality of a post-Brexit UK as the implications of this seismic change continue to affect us all. With these issues in mind along with the more prosaic issues that face agriculture on a daily basis I wish you all the very best for the season ahead.