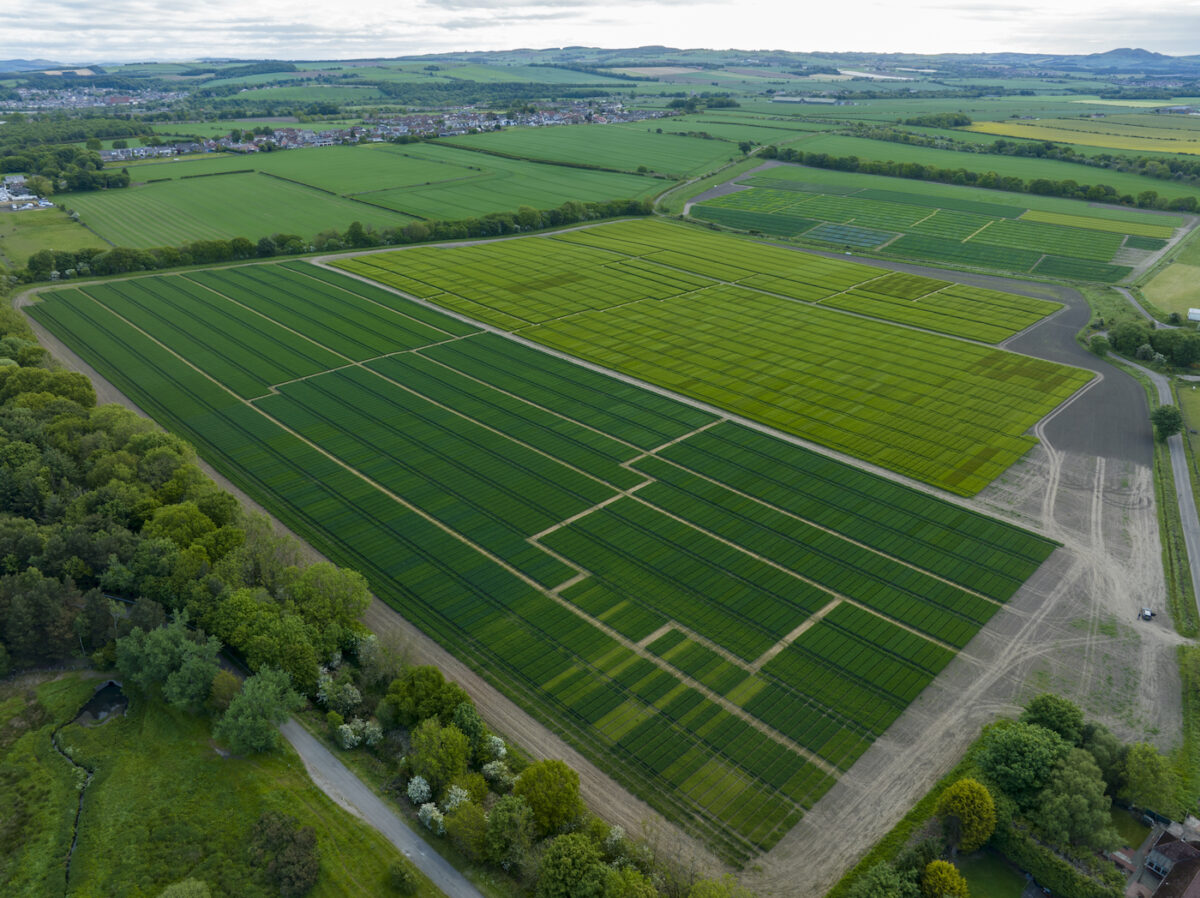 We’ve just had our Members’ Open Day which is a great opportunity for growers to come along and see how varieties are performing and consider different disease control strategies. With harvest fast approaching, it’s timely as decisions on cropping and variety choice for next season are being made.

With cereal and oilseed prices at all time highs there will be a temptation to be favouring crops with the highest potential gross output. However, growing costs have also gone through the roof and there can be substantial differences between crops and varieties in this regard. Variety choice should be carefully considered as it can make the difference between a relatively easy (and cheaper) life, and one where you are trapped on an agronomic treadmill!

Firstly, in winter oilseed rape, we have a crop that is relatively easy to manage in terms of weed and disease control. Metazachlor applied pre-emergence has been an extremely reliable bedrock of the weed control and other top-up products can be applied either pre or post-emergence to widen the spectrum of control. The crop is not needy of fungicide – certainly during the pre-flowering period. Our own trials over the past 10 years have consistently shown no economic response to autumn / winter applied fungicides and very little response when applied up to stem extension in the spring (this lack of response more recently confirmed by NIAB in the south and also in data from untreated trials in the AHDB Recommended List system). We believe fungicides are best used during the flowering period where they are more likely to contribute to controlling sclerotinia, light leafspot, and other diseases. This potentially cuts out a couple of passes through the crop, reducing machinery and chemical costs.

Variety choice in oilseed rape is excellent – if you don’t have clubroot! There are several good, vigorous, clean varieties – both hybrid and conventional – that have high yields and oil content. Amarone, Campus, Aurelia, Ambassador and PT 303 are just a few to mention. Unfortunately, if you have clubroot contaminated soils you are much more limited in variety choice. Crome is the highest ranked resistant variety in North region RL trials. Croozer and Crocodile are other potential choices in this category.  Unfortunately, pest problems are becoming a greater threat in Scotland – particularly the increase in Cabbage Stem Flea Beetle attacks. In previous seasons we experienced damage from the adult beetle to the developing plants, but it was fairly rare to see the second phase of damage caused internally in the plant from the beetle larvae. This was widespread in Scottish crops this Spring, and unfortunately there are no effective insecticides to control the larvae. As well as this, insecticides applied to control the adults in the autumn are also failing. How widespread the resistance is not known, but more testing will be carried out this autumn to try and identify this.

In winter barley there is now a good selection of high yielding and clean varieties to choose from. There is very little difference in yield potential between the best 6 rows and top 2 row varieties. In the 2 row sector KWS Tardis, Lightning, Dazzle and Bolton are pushing the 6 row hybrids for yield, and all with good grain quality. The first three are also particularly clean, offering the opportunity of a two-fungicide pass strategy (T1 and T2).

There continues to be small improvements in the traits of the 6 row hybrids, with better specific weight and disease resistance. SY Canyon, SY Kingsbarn and SY Thunderbolt are possibly the pick of the bunch but the oldest hybrid on the RL – Bazooka – still produces the goods. In the conventional 6 row sector there is an interesting newly recommended variety, KWS Feeris. As well as possessing high yield potential and with reasonable disease resistance, it is the first winter barley variety on the RL that possesses tolerance to Barley Yellow Dwarf Virus. This genetic trait should significantly reduce the risk of aphid spread virus in the autumn, and less reliance on insecticides which can be harmful to beneficial insects. We can expect to see this trait included in many more varieties in the future. Also, in the conventional 6 row sector we have Funky, which is one of the easiest varieties to manage. It retains good disease resistance, is very stiff and early maturing. There is a ‘but’ however. Although specific weight is very good ( ~ 70 kg/hl), screening levels are high, at over 13% through a 2.5mm screen. This makes it unattractive for at least some elements of the feed sector.

The choice in wheat varieties is more extensive and involving perhaps a bit more thought. Roughly half the wheat in Scotland goes into the feed market and half for distilling. A small amount is also used for biscuit making. Any wheat variety can be grown for feed, but soft endosperm wheats are required for distilling (group 3 or 4). A complicating factor is that some of the purchasers require specific soft varieties in these categories which suit their requirements. Some varieties which are favorites for one purchaser may be unsuitable for another. So, if growing for the distilling market some research needs to be done.

We seem to be in a tricky phase of plant breeding in the wheat sector. In the past we had long lasting varieties such as Riband, Consort and more recently Viscount, which held onto their disease resistance over long periods. Currently we have aggressive strains of Yellow Rust affecting many varieties as well as more recent issues with a breakdown in Septoria resistance affecting a number of popular soft wheat varieties. The reliance that breeders placed in using the Cougar genetics as their primary defence against Septoria in soft wheat is unravelling as this mechanism is breaking down. This resulted in significant levels of disease in varieties with Cougar parentage last season in many areas of England and with signs of a similar trend in Scotland this year. This is affecting a number of the most popular and up and coming distilling wheats such as Saki, Swallow, Illuminate and Colloseum. Although the fungicides are still effective in controlling the disease it means there is less wiggle room for using lower doses or flexibility in timings. For the feed market, however, there is a wider choice of clean (so far!), high yielding varieties. Of notable mention in the hard group 4 category are new varieties LG Typhoon and KWS Dawsum.

Finally, a mention for hybrid rye. Although this crop is primarily grown in Scotland for the wholecop AD market, it is gaining popularity in both the feed market (pigs, cattle), and in the distilling sector for rye whisky. In an era where carbon footprint will become increasingly important, rye is a relatively light touch with lower nitrogen and fungicide input compared to wheat, and with grain yields in the same bracket.

Andrew Gilchrist is a Senior Agronomist at Scottish Agronomy, specialising in combinable crops. He has been with Scottish Agronomy from the very beginning – 1985 – and was Managing Director from 2006-2022. He is a member of the AHDB Barley and Oats committee and the Scottish Variety Consultative committee.